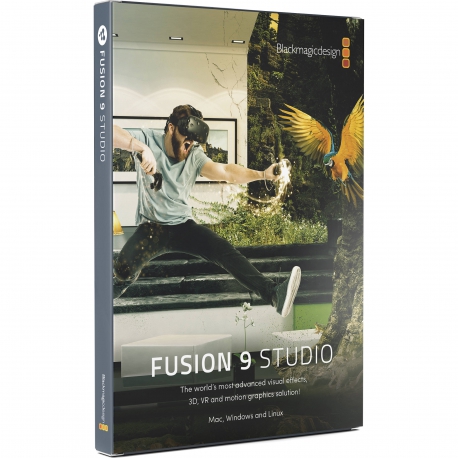 Fusion is the world’s most advanced compositing software for visual effects artists, broadcast and motion graphic designers and 3D animators. With over 25 years of development, Fusion has been used on over 1000 major Hollywood blockbuster feature films! Fusion features an easy and powerful node based interface so you can construct complex effects simply by connecting various types of processing together. That’s super easy and extremely fast! You get a massive range of features and effects included, so you can create exciting broadcast graphics, television commercials, dramatic title sequences and even major feature film visual effects!